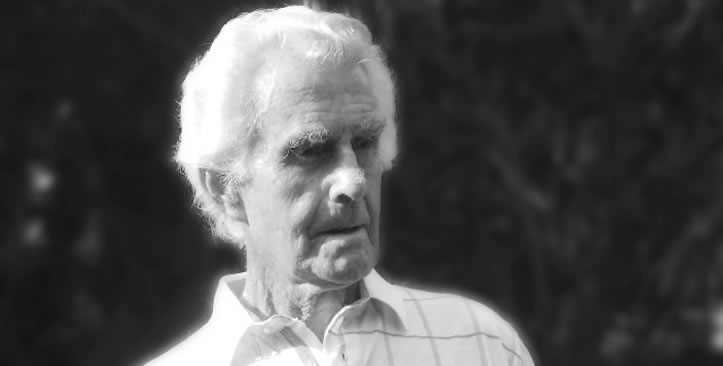 A true promise is binding for life or until such time that vow can be dutifully discharged no matter how long it takes.

As a 37 year old pup I made this promise to a wonderful old near 80 years Matriarch of a local clan many of whom lived and worked permanently on our station in the buffalo country.

One day she said to me "you know when I was a young girl blackfellas and whitefellas were like that", as she clasped both hands together, palm to palm and shook them up and down. "Now we are like this," she said as her two closed fists were bumped together vigorously. "What’s wrong?" she said. "Don’t know," I replied being, young and innocent in the ways of life. "Well young fella, you find out what’s wrong and fix it up. Promise me". "Promise," I said. I have since found out what is wrong. It is the three ‘P’s coming into play. Something that rules all living things in some way or another, particularly people — Power, Politics and Profit.

You see all Territorians are unique in The World as we each own about half our State. We are the gateway to the future.

The only hope for bankrupt Australia to become economically and physically survivable is via our long awaited proposed fast track North Australian Development Project.

We lead Australia and The World in indigenous rights

There is no other state or nation in the world where local indigenous People own half the land with rights over that land that the rest of the community do not have. And always from day one we have a big percentage of their People as politicians in our Northern Territory Government with today our Chief Minister. The right man for the times we both now live in.

We both share this land, the energy, the water with rainfall growing 50mm per decade. The very Top End has a 50 week growing season above 18c that will gradually move south with warmer climate change.

Today 49 years since making that promise both indigenous and non indigenous Territorians no longer know how to talk with each other.

Have no point of public point or social contact, we walk around each other at great distance with zero understanding of our mutual joint future. That is, locked together for ever in a marriage of mutual interests with no divorce ever possible. And the resentment is growing on both sides.

Today we hold in our joint hands via Northern Development to be great world leaders with knock on benefit for all Australians and The World. Or we can stay divided each in our own separate worlds to destroy each other, our lands and our future.

We must both be strong enough to lead and ignore outside southern and overseas interests who only buzz in and out. Attempting with devious words to pull us into their personal plots for power and profit at our expense.

Already in full motion with two major irrigation projects plus two other dam capacity walls announced to be raised in Queensland yet none for NT or WA.

Worse, that bankrupt rust belt from Sydney to Adelaide that has run Australia from day one sent a political six team from their Federal Government circus to Darwin.

In the first Northern Development States go round to listen to what The People have to say about this project. No NT indigenous People who own half the Territory were called upon to have their say resulting later quite rightly, in an angry indigenous demonstration outside our Parliament House. Classical examples of our Canberras perpetual managements mismanagement.

So I pass to all Australians and Territorians the simple wisdom of words and finger talk from the Matriarch that no politician, lawyer or businessman can bastardise for their own benefit.

The solid foundation of ground rules for our Northern Development sea to sea and her prediction if we fail to get it right. And I will spend my days to make her words come true.

Around the fireplace during breakfast, one day, she said, first putting up one index finger then placing the other alongside and making a swooping motion, "black fellas and white fellas must go together". Then, without parting her hands, rolling them downwards toward herself and coming back with both of them clasped tightly palm to palm, and shaking them up and down twice, she said, "We must be one people, one country, or then", separating her hands and closing them into opposing fists, she bumped them together twice and continued, "there will be big trouble". Next, wiping her two palms together twice, she turned them, and facing me, said, "We will all be finished." She repeated this wiping movement twice more, turning her palms outward and then spreading her arms slowly wide, left and right, before saying, "We will all be finished for all time." 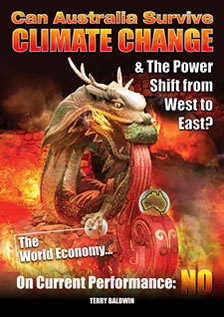 Purchase and download the book on Amazon for just $4.99.